All members of UK band killed in car crash 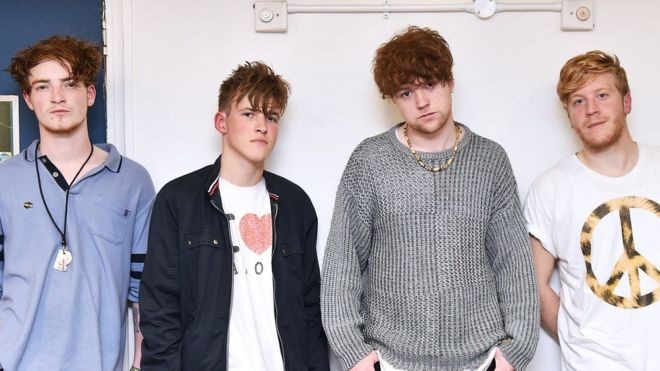 The four members of British indie band "Viola Beach" and their manager have died in a car crash in Sweden.

Kris Leonard, River Reeves, Tomas Lowe and Jack Dakin and manager Craig Tarry were killed when their car plunged more than 25m (82ft) from a highway bridge into a canal.

The accident happened in the early hours of Saturday near Stockholm.

The band were part of the line-up for Swedish music festival “Where is the Music?” on Friday and were due to play a gig in Guildford in Surrey on Saturday.

The four piece's last post on Facebook was on 2 February, when they wrote about playing a gig in the US next month.

Tributes have been pouring in for the band.

Swedish police said they received a call about 02:30 local time (01:30 GMT) and were on the scene within five minutes.

They said divers recovered the bodies of the victims - aged between 20 and 35 - after their Nissan Gashgai plunged through a gap in the bridge which had opened to let a boat pass underneath.

The bridge has a middle section that rises directly upwards without tilting, leaving a gap that the car drove into, the police said.