Tekashi69’s girlfriend: He beat me, forced to have sex 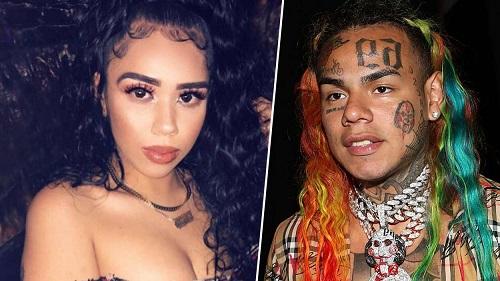 Tekashi69’s ex-girlfriend Sara Molina, who is also the mother of his seven-year-old daughter, said that the jailed rapper had “physically assaulted her.”

In an interview with the Daily Beast on Wednesday, she detailed numerous allegations of abuse, which she described as having left her bloodied and bruised – at one time her eyes were so swollen she said she was barely able to open them.

The former girlfriend of the rapper, who cut a deal last month with prosecutors to flip on fellow members of a violent gang, said that he beat her for the first time at a hotel in Dubai and continued beating her throughout the seven years of their relationship. She also showed some of the photos she said were taken after multiple beatings.

Molina said that on that particular day Tekashi, whose real name is Daniel Hernandez, ‘convinced her not to leave’ before he began accusing her of being more than friends with his manager Kifano ‘Shotti’ Jordan. She denied the accusation, after which the rapper told her that he’d slept with 70 women, ‘resulting in multiple pregnancies and STDs’, claiming he is a sex addict. After that, she said, Tekashi started to beat her again.

“He put his arm around my neck and started choking me,” she remembered. “He said, ‘I just have to make an example. I can’t have you out there, making me look stupid.’” she said.

On the next day, Molina said, the rapper “forced her to have sex with him” against her will. She later remained in Dubai only after one of Tekashi’s security people who pledged to protect her moved into the next room so he could hear if his boss started in again.

Molina never reported the alleged incident to police either in Dubai or New York, where they lived, and the rapper has never been arrested for domestic violence.

6ix9ine is currently serving time in prison, facing a possible life sentence after being arrested on federal gang-related charges back in November. He was reported to have struck a deal with the police, pleading guilty to multiple charges of racketeering, conspiracy, firearms offences and drug trafficking.