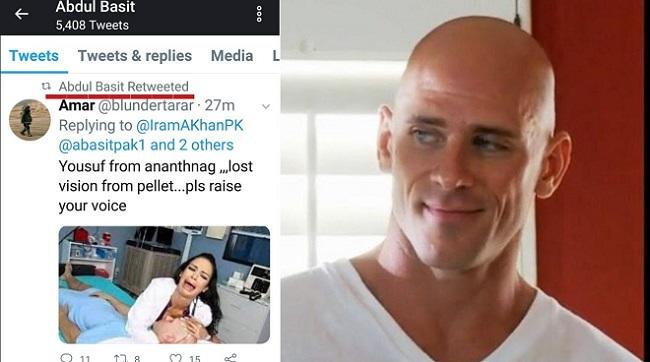 Axar.az reports citing foreign media that Abdul Basit, the former High Commissioner of Pakistan to India, posted a Tweet to highlight the ‘ground reality’ of people in Kashmir as security forces bemoaning the deployment of Indian security forces to prevent any untoward incidents after Indian parliament repealed the state's special status.

In a deleted post, Basit had shared a still from the Johnny Sins pornographic film and captioned it: “Yousuf from Ananthnag lost vision from pellet... pls raise your voice.”

The Tweet was up on social media for a short time, however, led to both Indian and Pakistani Twitterati mocking him for his gaffe.

The viral image shared by Basit was mistaken in an earlier incident as well. In 2016, the still from the pornographic film was posted by a Facebook user, to illustrate the sufferings of her brother who had terminal cancer.