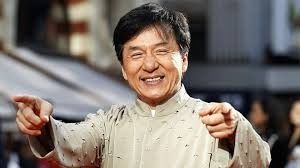 Martial-arts film star Jackie Chan's planned visit to Vietnam for a charity has been canceled following an online backlash related to Beijing's expansive claims in the disputed South China Sea.

Axar.az reports citing Straittimes that the Hong Kong-born actor was set to visit Hanoi on Nov 10 to support Operation Smile, a charity that gives free surgery to children with facial disfigurements.

But the plans were scrapped after thousands of angry Facebook users flooded the charity's official page when his visit was announced last week.

Some of their comments claimed Chan had spoken in support of China's so-called nine-dash line - its historic justification for its territorial claims in the resource-rich sea.

However, Chan has not explicitly expressed public support for the controversial maritime assertion.

Vietnam, Malaysia, the Philippines, Taiwan and Brunei all have competing claims in the waterway that overlaps with China's - long a source of tension in the region.

Issuing a mea culpa Friday (Nov 8) for failing "to predict the reaction" of the Vietnamese public, the charity asserted that their work is "non-political".