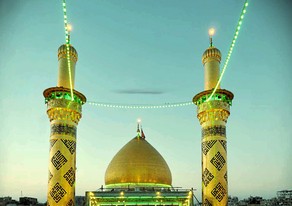 Caucasian Muslims Office (CMO) held a meeting in connection with the beginning of the month of Muharram.

The event began with the recitation of the Quran.

In his speech, the Chairman of the Caucasian Muslims Office, Sheikh-ul-Islam Allahshukur Pashazade spoke about features of the holy month of Muharram, Karbala incident and emphasized the essence of the Day of Ashura, stressed importance of religious rules and laws of Muharram, gave relevant instructions and recommendations to clerics and imams.

Then CMB Cadi Council issued a fatwa in connection with the month of Muharram. According to the fatwa, 1437 year is ending in Islamic calendar. According to Gazi Council of the Caucasian Muslims Office, 1438 in Hijri calendar - begins on Muharram 1, 2016, in the October 3 in Gregorian calendar and the day of Ashura will be on October 12.