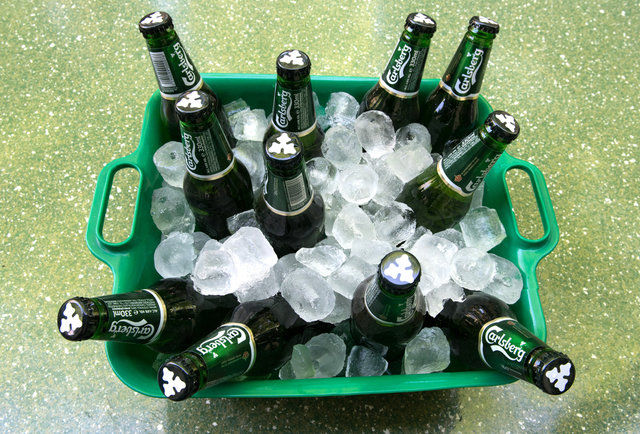 It takes zero talent to drink beer. It’s not an activity that requires skill, dedication or even practice, but apparently it can pay your bills.

How can such a popular pastime for couch potatoes and football fans earn you boatloads of cash? Through Carlsberg’s latest promotion, which will literally pay you $14,000 dollars to sit on your privileged ass and imbibe cold, frothy brews for four hours straight. That's it. That's the whole job.

OK, there’s a catch, and it’s a pretty stark, geographical one: The Danish beer company is looking for contestants in Singapore, which is probably a long way away from where you live. This is all part of Carlsberg’s “Probably The Best Job in The World” campaign, now in its second year. The contest sounds like something handed down from the beer-Gods, because the winner will receive a job description great enough to make beer-snobs everywhere cry hoppy-tears into a snifter: beer taster.

The company’s job description notes “zero-experience” is required, which is a bit unclear. Does it mean applicants must have never tasted a beer? What is clear though, is that you’ll have four hours of all the beer you want. Because of this, the company will provide the lucky winner with transportation to and from their day’s hard work, so you’ll literally have a beer chauffeur. Think of that. It’s just luxurious.

The winner will receive 20,000 Singapore dollars, which equates roughly to $14,000 US. Are you jealous you don’t live in Singapore? You have every reason to be.