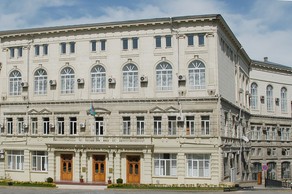 Draft law 'On solution of possibility issue of implementation of the decision of intergovernmental body in Azerbaijan on protection of human rights and freedoms' has been discussed in the meeting of Milli Majlis's Committee on Legal Policy and State-Building.

Draft author Rafael Jabrayilov said the draft considers granting new powers to the Constitutional Court: 'Human rights and freedoms are priority in Azerbaijan. Sometimes the decisions of international bodies are based on double standards, does not meet interests of our country. The question is not about the refusal of any international obligation by Azerbaijan. But about conformity of these decisions to the constitution of Azerbaijan.

I would like to note once again that Azerbaijan complies with to all international obligations. The adoption of such a draft could be a model for other countries.

After discussions the draft recommended to the plenary meeting on March 18.