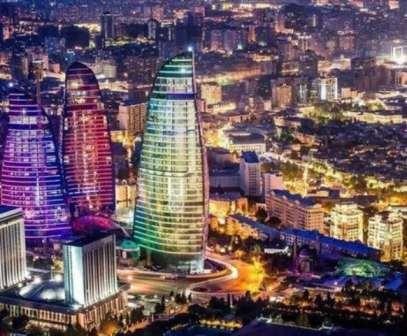 Azerbaijan - a miraculous country with its rich natural resources, and ancient culture, history and people; whose lifestyle presents a unique and harmonious combination of the traditions and ceremonies of many different cultures and civilizations.

Azerbaijan is the geographical name of the country. On one hand, this name is linked with the ancient population which lived in this region for thousand of years, and who were mostly fire-worshippers. The local population considered fire to be their God, and thus they worshipped it. "Azer" means fire. The Turkic name "Azer" was used to describe this territory for centuries. The word "Azerbaijan" originates from the name of an ancient Turkish tribe, who resided in these lands.

Azerbaijan is one of the most ancient sites of human civilization. People have been present here at every stage of their historical development. There were developed settlements in Azerbaijan even at the earliest stages of civilization.

Time has preserved a range of ancient archeological and architectural monuments for our generation. Ancient headstones, manuscripts and examples of carpets, preserved to the present day from ancient ages, can provide much insight to those who can and want to read them. If you wish to understand Azerbaijan and know of its fascinating history and culture, you need to look at this country and its people through the eyes of an old friend.

The policy of "Open Doors" carried out by the Azerbaijan government, as well as the social and economic reformation and democratization of society carried out in the Republic, have allowed many more citizens of independent Azerbaijan to expand the scope of their worldview, and to receive wonderful opportunities to visit foreign countries. Visits of foreign travelers to Azerbaijan are also increasing day by day.

Azerbaijan has great potential for the development of the tourism industry - with such fascinating sights as ancient cities, palaces, fortresses, mausoleums, and mosques. Azerbaijan has always been famous for its sources of eternal fire - the "atashgehs". There is a place called Yanardag (blazing mountain) in Absheron and thermal springs in some parts of Nakhichievan, Kelbejar, Masali, Lenkoran, and Babadag provinces.

In Surakhani, there is a site of eternal flame. From ancient times, fire worshippers from remote places, and even Indian priests, came to Absheron in search of fire, and found it here. They built large temples here in Surakhani and in Ateshgah.

There are more than 6 thousand historical architectural monuments on the territory of Azerbaijan. The natural climatic conditions of Azerbaijan are also unique. As is well known, 9 climate zones exist in Azerbaijan, out of the 11 in the world.

Azerbaijan is endowed with picturesque natural landscapes, monuments of culture and modern tourist resorts. The Khudat-Yalama seacoast, bordered by forests, and the seashores of Absheron and Lankaran are fine places for recreation and relaxation. In these places, there are fine sandy beaches with steady water temperatures of 22-26°C for five or more months, which provide for a long swimming season. The most attractive areas for Alpinism and winter sports are Shamakhi and Gusar. Many types of animals and birds are objects of licensed hunting, and in the reserves they are very easy to watch and photograph. In particular, the Gizilagach reserve, where in the winter months more than one million individuals from two hundred species of birds of passage gather, is ideal for this purpose.

In Azerbaijan are a number of health resorts and spas, creating an opportunity for treatment of many illnesses yielding to natural therapies. Most of the resorts with mineral spas also function as tourist centers. Nakhchievan is especially rich in mineral sources; the only known deposit of medicinal petroleum in the world - Naftalan - is completely unique.

Baku and the Absheron peninsula; Nakhchivan, Guba-Khachmaz, Sheki-Zagatala, and Lankaran-Astara regions; and the historical areas of Shirvan and Ganjabasar are the most attractive for travelers in Azerbaijan. The lovely nature of these places, numerous ancient ruins, wonderful ethnographic variety and the astonishing skills of local craftsmen will leave an unforgettable impression of Azerbaijan upon its guests.