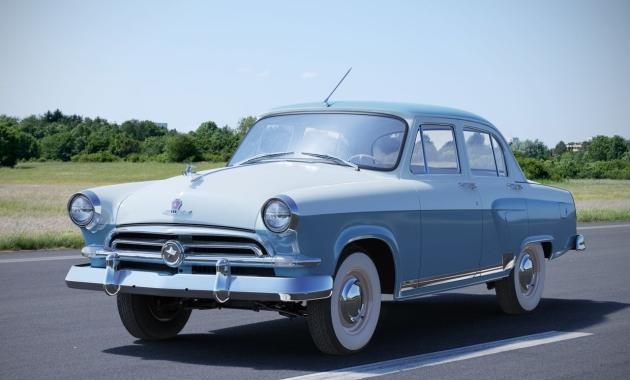 Russia's GAZ Group, the Nizhny Novgorod-based automotive conglomerate known for their production of a variety of heavy and light trucks, commercial vans, buses, and military vehicles, is considering bringing back the Volga brand, widely remembered in Russia and the post-Soviet space as a legend of Soviet executive class cars.

Russian Machines lacks a mid-sized class of transport haulers, Wolf told the paper. "I call it a transporter – a car that would be smaller than the GAZelle" (a popular series of Russian commercial vehicles, pickup trucks, vans and minibuses)," he said. "Like the Volkswagen Caddy, for example." The latter are produced in both a two seater cargo variant, and five-seven passenger variants.

The attraction of the Volga brand, according to Wolf, comes from its solid reputation. The brand, created over 60 years ago, is associated with "serious, dependable production," the company official noted.
"In my opinion, the Volga as a brand would be ideally suited to the creation of a car for say technicians, who need to transport a small amount of cargo and tools," Wolf explained. "I would not reject the creation of such a segment. If we do create such a car, it will have all the same characteristics that the rest of our production is known for, including a competitive price, high quality and reliability."

As for the platform for this new light commercial vehicle – whether it is created from scratch or borrowed from another vehicle – that remains unclear, Wolf said. "This is what we're working on right now." In any case, the official admitted that a firm decision regarding the creation of commercial vehicles under the Volga brand has not yet been made.

Pointing out that the light car segment of the market has been filled with other brands, Wolf suggested that GAZ should "focus on targeted solutions aimed at specific customers," specifically commercial vehicle buyers interested not in status, but performance, load capacity, fuel efficiency, cost of ownership, etc.