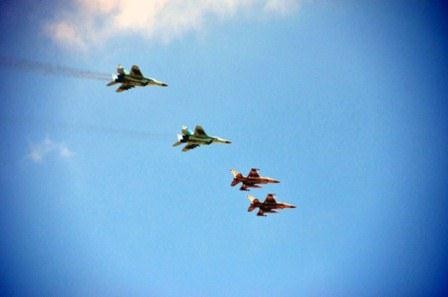 The pilots of Azerbaijani and Turkish armed forces conducted a joint operation during the TURAZ Sahini – 2016 joint tactical-flight exercises in Konya, Turkey.

The purpose of the operation was to destroy a supposed enemy's strategic facilities, as well as aircraft, the Azerbaijani defense ministry told March 22.

The plan of operation, weather conditions and other issues were discussed with pilots.

The operation involving MiG-29, F-16 fighters and SU-25 bombers was conducted successfully and according to the plan.