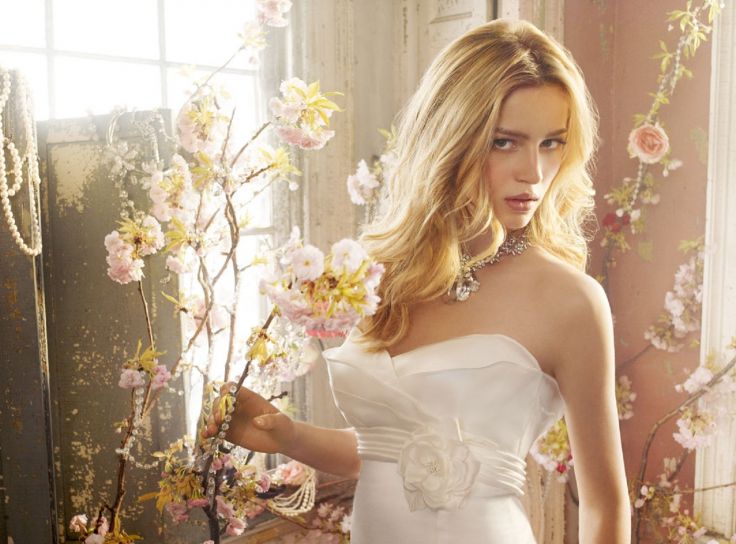 When it comes to a demanding bride, there’s a certain woman designers have in mind.

No, not a blushing millennial — but a woman in her late 60s. Latest figures show the over-65s are getting married in record numbers and, with many of these likely to be second marriages, it follows that the brides concerned aren’t going to want to blow a fortune. Neither are they interested in meringue-style skirts or trains large enough to warrant their own postcode.

They want to look chic and age-appropriate, but not so unbridal that they’re mistaken for one of the guests.

Unsurprising, then, that High Street retailers are falling over themselves to offer elegant and, crucially, flattering designs at affordable prices. Whistles has launched Whistles Wedding, including a lace jumpsuit (£549). If you’re wondering whether a jumpsuit is smart enough for a wedding, it’s worth noting they’re being allowed into Ascot’s Royal Enclosure this year, though they must be full-length.

Meanwhile, Dorothy Perkins — not a natural haunt for the grown-up shopper — has a midi dress with elbow-length sleeves for £150. Ted Baker’s Tie The Knot bridal collection is also new and stars a full-length design. Even Topshop is getting in on the act: Topshop Bride launches next week.

With so much choice, you might be able to afford a reserve, in case you fancy changing later on. The dress, that is, not the husband!