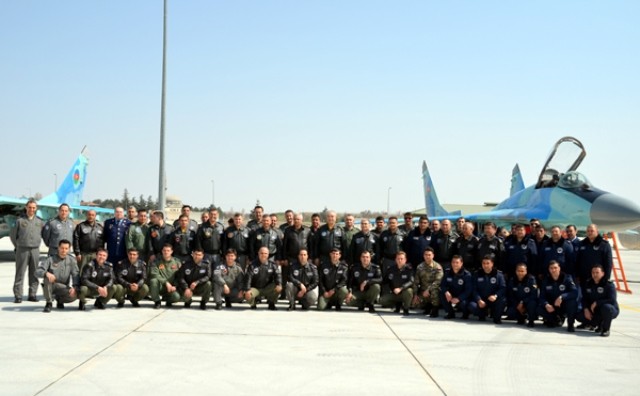 The TURAZ Şahini – 2016 joint tactical-flight exercises of the Azerbaijani and Turkish Air Forces in Konya have ended.

According to the information in Azerbaijani Defence Ministry’s website, Azerbaijani Air Force Commander, Lieutenant General Ramiz Tahirov and Turkish Air Forces Commander, Lieutenant General Abidin Ünal have watched the final stage of the exercises. Both commanders said the flight, technical and maintenance crews gained experiences. It was noted such exercises are important to keep combat readiness at the high level.

In the memory of the exercises, the participations planted trees and flowers in territory of the airbase.