Day of Genocide of the Azerbaijanis 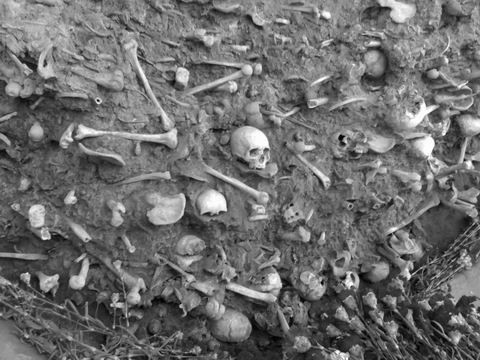 March 31 is marked as the Day of Genocide of the Azerbaijanis.

"31 March Genocide left deep traces in Azerbaijan history. This trace, historical event, proof of genocide can be clearly seen in Guba mass grave" said Ali Aliyev, chairman of Remedium Law Centre. He stated in his speech that it was time to end the political games of the countries demonstrating the double standards. Ali Aliyev stated that on December 31, 2010, the Governor of U.S. State of Nevada, Jim Gibson had announced March 31, 1918 as the Memorial Day of the mass extermination of the civil population and emphasized the importance of the assessment of the barbarism which had been committed in the spring of 1918 against the Turkish-Muslim population as genocide.

Then the co-founder and deputy chairman of Remedium Law Center, Fuad Gashamov informed meeting attendees about the historical facts.

During the genocide of March 1918, 11 thousand Turkish-Muslim people were killed in Baku. The most corpses were not found. According to witnesses, the Armenians had thrown the corpses to the fired houses, sea and the wells for losing the track of the crime.

The jewelry equal to 400 million and property was confiscated from the Baku population. A number of holy places and historical monuments were destroyed. Tazapir mosque was damaged. Dashnaks fired "Ismailiyye" building, which was the masterpiece of world architecture in Baku. The tragic events that took place in Baku damaged the city very much.

An ancient Azerbaijani city Shamakhi subjected to the terrible brutality. About 7 volumes, 925 pages of materials were collected about the incidents which had been committed by the Armenians in Shamakhi. All parts of Shamakhi where the Muslims were living, 13 mosques and famous Juma Mosque were fired. Armenian terrorists killed thousands of innocent people. Armenians killed 8077 Azerbaijanis in 53 villages of Shamakhi district. 4190 of them were men, 2560 women and 1277 of them were children.
As a result of Armenian aggression more than 16 people were killed in the first 5 months of 1918. During the 1918 massacres Dashnak-Bolshevik forces destroyed 162 villages in Guba region, 35 of them do not exist at the time.