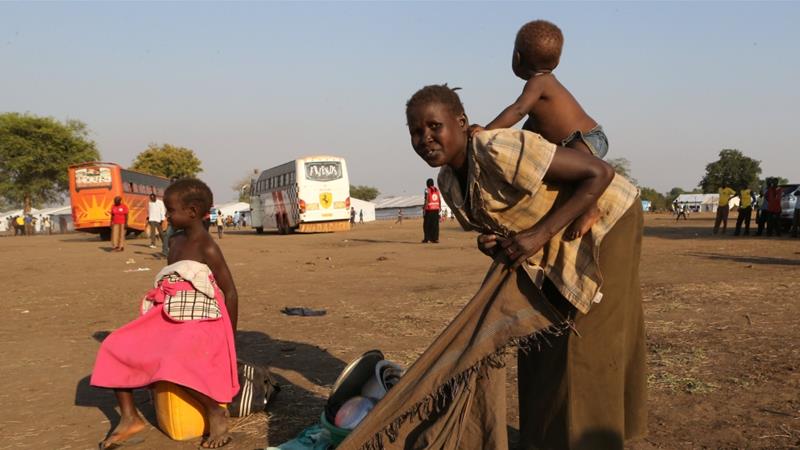 More than one million children have fled South Sudan because of escalating conflict, the United Nations says.

Axar.az reports citing to BBC a similar number of children are also displaced within the country, it says.

The South Sudan refugee crisis has been described as the most worrying in the world by senior UN refugee agency official Valentin Tapsoba.

The world's newest nation has been wracked by civil war, which has seen ethnic cleansing and numerous atrocities, since 2013.
It began when President Salva Kiir fired his deputy Riek Machar, accusing him of planning a coup.

Children make up 62% of the nearly two million people who have fled to neighbouring countries since the civil war started, according to the latest UN figures.

"That refugee children are becoming the defining face of this emergency is incredibly troubling," Mr Tapsoba said.
The continued strife is taking its toll on the most vulnerable through trauma, fear, stress and physical upheaval, the report adds.
Nearly three-quarters of the country's children are