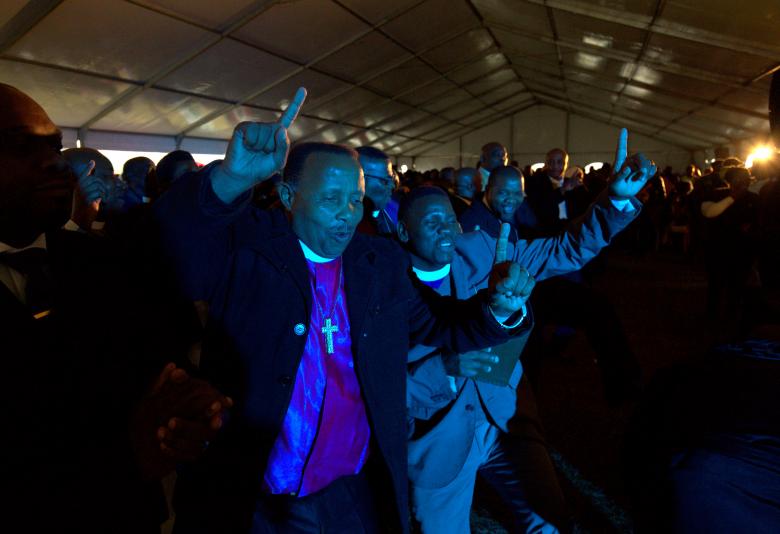 The influential South African Council of Churches has warned corruption is turning South Africa into a "mafia state" under a government that intimidates whistleblowers, local media reported on Friday.

The criticism puts more pressure on Zuma, who in past weeks has faced calls to resign from within his own ruling African National Congress (ANC) party and the opposition amid a slew of scandals that prompted street protests and credit-rating downgrades.

"We have come to recognize that South Africa may just be a few inches from the throes of a mafia state from which there may be no return, a recipe for a failed state," Mpumlwana was quoted as saying.

Zuma has consistently denied allegations of corruption leveled against him and his government, and branded protesters calling for his resignation "racist".

South Africa is a religious nation and the churches, which played key roles in the struggle against apartheid, have considerable influence.

Among the scandals that have rocked Zuma's presidency are allegations of influence-peddling by wealthy friends of the president and the misuse of public funds to renovate his private home. A court has also ordered him to give reasons for firing his widely-respected finance minister in April.

Releasing the findings of its investigation into graft, the SACC, an inter-denomination grouping that includes the Anglican Church and Dutch Reformed Church, said the ANC had ignored corruption complaints. Whistleblowers were terrified of their own government, it said.

Zuma's presidency has been beset by allegations of high-level corruption.

The nation's anti-graft watchdog, in a report released in November, called for a judge to investigate allegations of influence peddling in Zuma's government.

Zuma and the wealthy Gupta family, which is alleged to wield undue influence over the president, have denied wrongdoing.

"We have come to learn that what appears to be chaos and instability in government may well be a systematic design of the madness that ills our governmental environment - a chaotic design," Mpumlwana added.

Even so, Mpumlwana said the SACC would share its findings with the ANC rather than the police or judiciary.