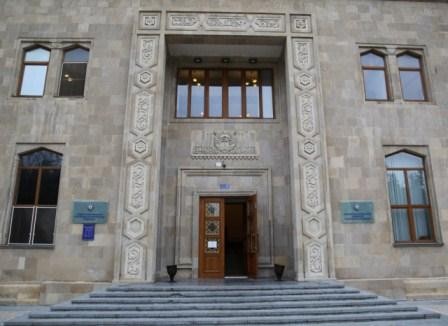 Azerbaijani Human Rights Commissioner (Ombudsman) Elmira Suleymanova has issued a statement in connection with March 31 – the Day of Genocide of Azerbaijanis, the Ombudsman’s Office said.

The ombudsman’s message read that the Azerbaijani people faced severe challenges as a result of the deliberate policy of ethnic cleansing, genocide and deportation of Azerbaijanis that have been carried out in the last two centuries by the Armenian nationalists and their supporters.

The policy of genocide and deportation carried out by the Armenians against Azerbaijanis, even more intensified in 1918-20s. The genocide was committed on March 31, 1918, when hundreds of towns and villages of Azerbaijan were destroyed, as well as 150 Azerbaijani villages in Karabakh were turned into ruins, an unprecedented bloodshed in Shusha was committed. More than 700,000 Azerbaijanis, including 30,000 persons in Baku and in surrounding villages were brutally murdered, mosques and schools were burned.

"We reiterate that human rights were grossly violated during this genocide,” the statement said. “We hope that the world community, international organizations will support the just demands of Azerbaijan that this is a brutal crime committed against humanity. We hope that this genocide will receive an international legal assessment as an act of genocide and the culprits will be punished.”

“We invite the international organizations to support Azerbaijan's fair position, avoiding double standards,” the statement further said. “We believe that justice will prevail soon, the territorial integrity of Azerbaijan will be restored, the violated rights of refugees and internally displaced persons will be ensured."