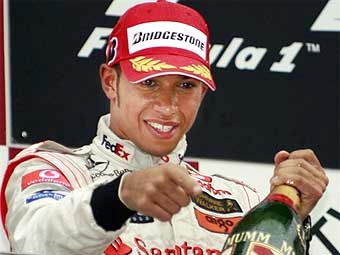 The qualifying session of the 2017 Formula 1 Azerbaijan Grand Prix in Baku has ended.

The F1 drivers will take the following positions at the starting grid of the 2017 Formula 1 Azerbaijan Grand Prix:

Nineteen drivers took part in the F1 qualifying session. Jolyon Palmer of the Renault F1 team dropped out of the Azerbaijan Grand Prix qualifying session, as his car caught fire at the beginning of the third free practice session today after fuel leak, and it was delivered to the boxes with a long delay after the session, so the mechanics had no enough time to repair the car. The Renault F1 team will ask the International Automobile Federation (FIA) to admit the driver to the starting grid of tomorrow’s race.

On June 25, Baku will host the 2017 Formula 1 Azerbaijan Grand Prix and the second race of the FIA Formula 2.

F1 and F2 drivers compete on the 6-kilometer Baku City Circuit. The width of the widest part of the track is 13 meters, and the narrowest part is 7.6 meters between the turns 7 and 8.

The Start and Finish lanes are located at the Azadlig Square. Moreover, the Formula 1 Paddock, team garages and pit lanes are also located there.