Bollywood star is in Baku - Photo 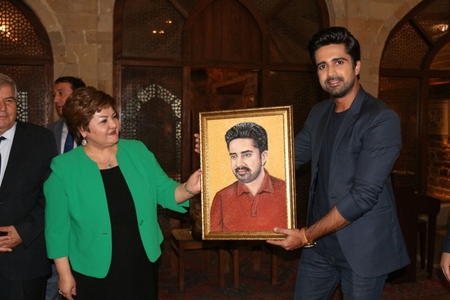 Bollywood star Avinash Sachdev is on a visit to Baku at the invitation of Tanzila Rustamkhanli, chairperson of the House of Azerbaijan-Turkey.

“I’m happy to be in Azerbaijan, I’ve long wanted to see this country,” Sachdev told a press conference in Baku on Tuesday.

"I would like to get acquainted with Azerbaijani culture", said Sachdev adding that he did not watch Azerbaijani films, but if there are proposals, he is ready to participate in some projects in Azerbaijan.

Bollywood star Sachdev will stay in Azerbaijan until June 30. On June 28, the actor is going to meet his fans at the Nizami Cinema Club in Baku.