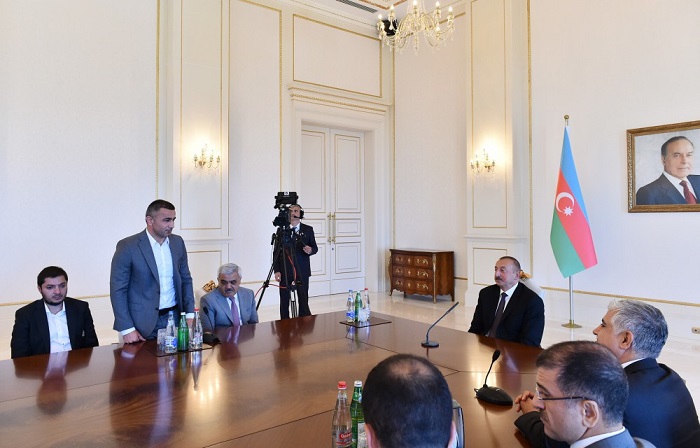 Probably, the audience also shares my opinion - Gurban Gurbanov is very dignified in the games. I am convinced that his behaviour, confidence and restraint give players more power.

Axar.az reports that these words were told by President of Azerbaijan Ilham Aliyev in his speech at the meeting with "Garabagh" football club staff.

Congratulating Gurban Gurbanov on the success of the team, President Ilham Aliyev told:

"I congratulate the head coach Gurban Gurbanov. Gurbanov confirmed himself as a professional football player, as well as an educated coach and a patriot. "