Floods displace some 100,000 in Nigerian breadbasket 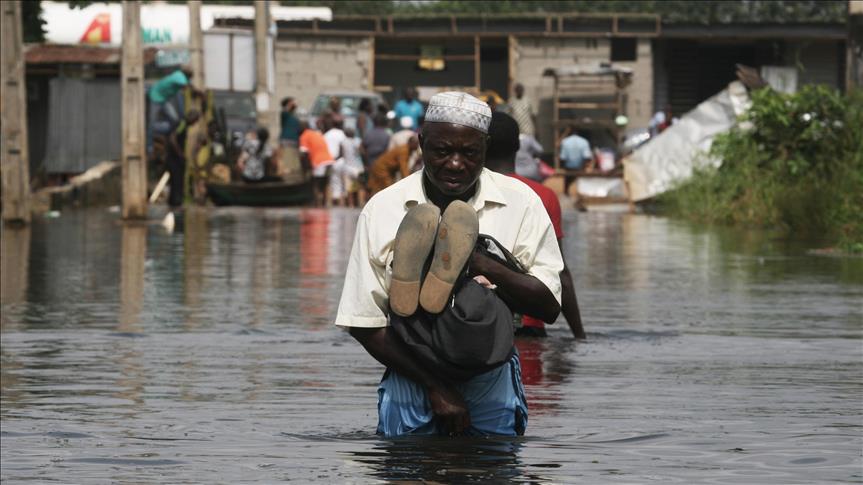 At least 100,000 people have been displaced and dozens of houses and farmlands submerged in heavy flooding across several communities of central Nigeria’s Benue state, according to authorities.

Axar.az reports citing AA that, “President Muhammadu Buhari has received with great concern reports of the flooding in Benue state, which, according to early estimates, has affected thousands of homes and displaced more than 100,000 persons in 12 local government areas,” presidential spokesman Garba Shehu said in a statement Thursday night.

The president has directed the National Emergency Management Agency (NEMA) to immediately mobilize personnel and resources to come to the aid of the victims of the flooding, and is closely monitoring the situation, he added.

The flooding has been blamed on heavy rains and the release of excess water from a dam in Cameroon, which borders the west African country.

Nigerian web outlets and social media are awash with reports and footage of the flooding in the country's "breadbasket" state, with calls on individual philanthropists and government to organize support for the victims.

The country's relief agency NEMA has not commented on the development, which could trigger famine, or worsen food inflation, in the country. Benue is known as a major producer of staple food in Nigeria.

Heavy flooding last occurred in several states of Nigeria in 2012, killing many people and displacing hundreds of thousands.