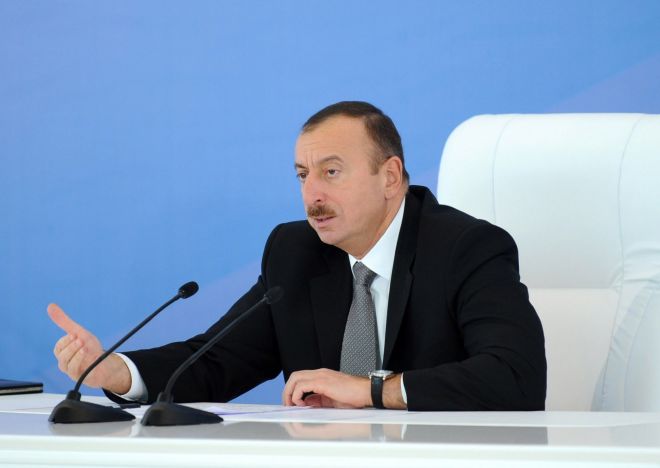 As part of his visit to Lankaran, President of the Republic of Azerbaijan Ilham Aliyev has viewed a tea plantation of local farmer Araz Yagubov’s “Yashil Chay” LLC.

The head of state was told that the tea leaves harvested from the plantation are processed and packed at the company’s production facility. The company produces high-quality “Lankaran tea”.

The head of state spoke with workers here and posed with them for photographs.