Ilham Aliyev: Azerbaijan lives at its own expense 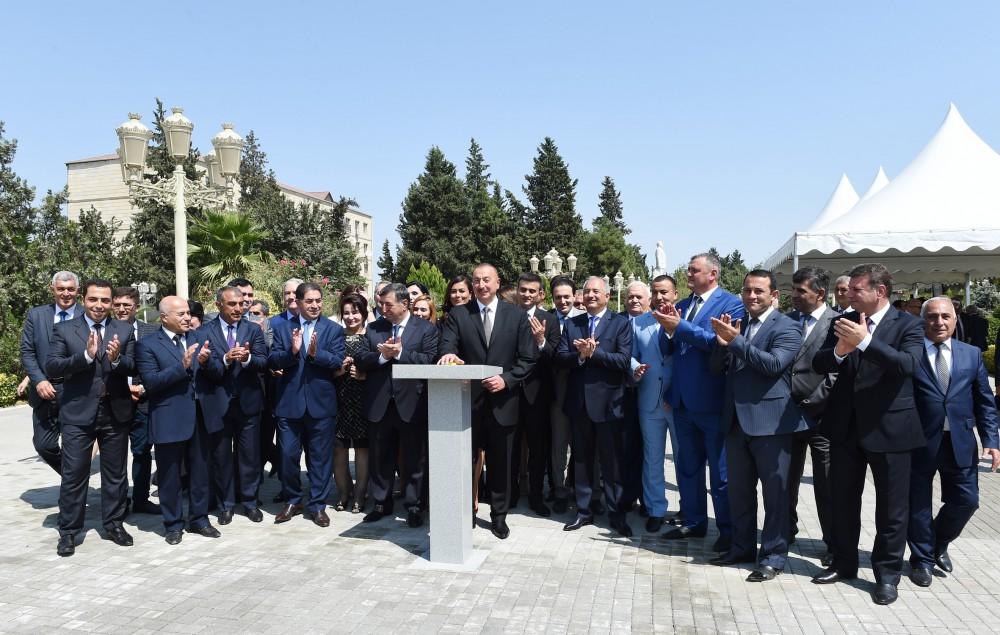 Azerbaijan is one of those countries that live at their own expense and pursues a consistent policy to fulfill the tasks ahead, President Ilham Aliyev said on Saturday.

The implementation of such a project demonstrates the development of Azerbaijan, said the president as he addressed a meeting with local residents during the ceremony of launching water supply and sewage systems in the city of Jalilabad.

“Large funds are allocated for the realization of socio-economic projects in the country. We have quite a lot of financial opportunities,” he said.

The head of state noted that the implementation of drinking water projects in Azerbaijan has received a wide scope.

He stressed that that the issue of providing every city of the country with drinking water will be solved.

“We are approaching this goal while these issues are also solved in villages and settlements. We are using various opportunities to reach this goal. Cleaning devices are being installed in the villages located along the river banks, and at the same time, main water pipelines are being constructed. In a word, the problem with drinking water in Azerbaijan is fundamentally solved and will be solved,” the president said.

President Aliyev went on to say: “I can say that drinking water is also a factor that has the most positive effect on human health, because water is life, and pure water means a healthy life. Azerbaijani citizens should be healthy. The Azerbaijani state is taking many measures to achieve this goal. You are well aware of that the number of citizens who have undergone a free medical examination in the country for several years has reached five million. We provide this service free of charge, at the expense of the state.”