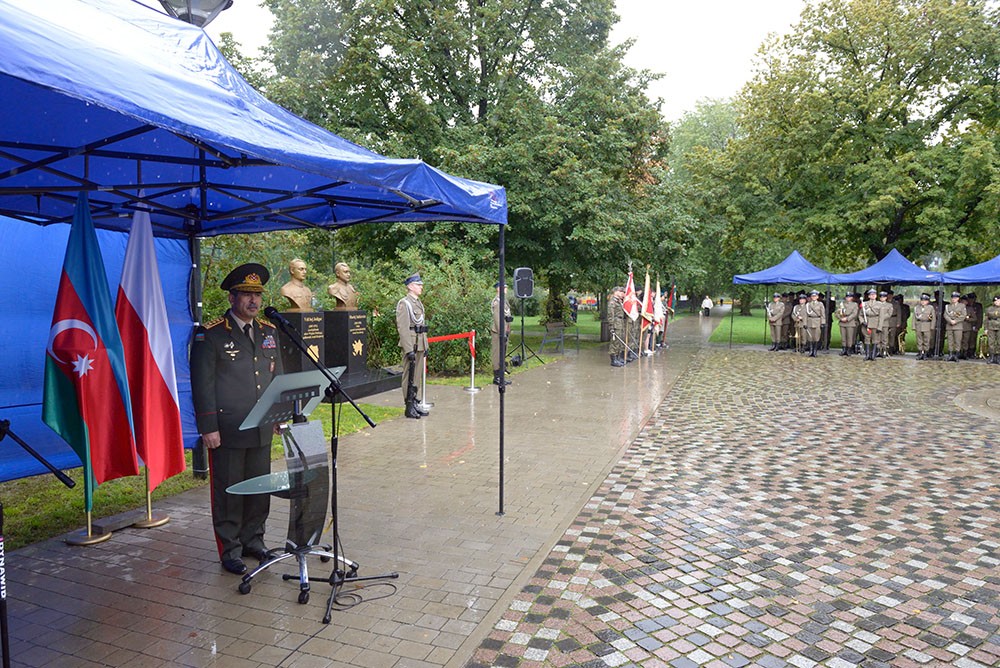 The Minister of Defense of Azerbaijan, Colonel General Zakir Hasanov, who is on a visit to the Republic of Poland, took part in the opening of the monument erected in Warsaw in memory of military figures of the period of the Azerbaijan Democratic Republic Lieutenant-General Suleiman Bey Sulkevich and Colonel Veli Bey Jedigar.

Having speech at the opening of the monument, the Minister of Defense spoke about the close historical Polish-Azerbaijani relations, expressing confidence that today's event, which is symbolic, will play an important role in the development of military cooperation between the two countries.

Speakers at the event talked about the significant work done by Lieutenant-General Suleiman Bey Sulkevich (Macie Alexandrovich Sulkevich) in the creation of national military units and the country's defense system for the period of being the chief of the General Staff of the Army of the Azerbaijani Democratic Republic.

Information about emigration of the army officer of the Azerbaijani Democratic Republic, Colonel Veli Bey Jedigar to Poland after the occupation of Azerbaijan in 1920, as well as his service as the chief of staff of the Mazowiecka Cavalry Brigade and participation in the uprising in Warsaw as the commander of the regiment of the Home Army, and other interesting facts were brought to the participants of the ceremony.