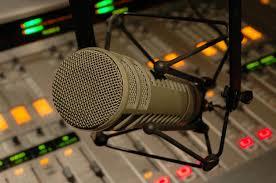 Axar.az reports that radio broadcasts started in Azerbaijan for the first time on November 6, 1926. “Danışır Bakı” (Baku speaks) was sounded from all loudspeakers across the streets and squares of Azerbaijani capital. This event was a great novelty at that time in the political and cultural life of the Azerbaijani people.

After establishment of the Azerbaijani Television, this date began to be celebrated not only as the day of radio, but also of television and radio broadcasting. Baku Television Studio was first broadcasted on February 14, 1956.
After Azerbaijan gained independence, major changes occurred in the television and radio space. Another innovation - transition to digital television broadcast took place in Baku, Sumgayit cities and Absheron peninsula in 2016.

At present, dozens of television and radio stations operate in the country. The audience of Azerbaijani TV is very wide. After gaining independence in Azerbaijan, number of independent TV and radio companies increased.