The next stage of Command-Staff Military Games was held 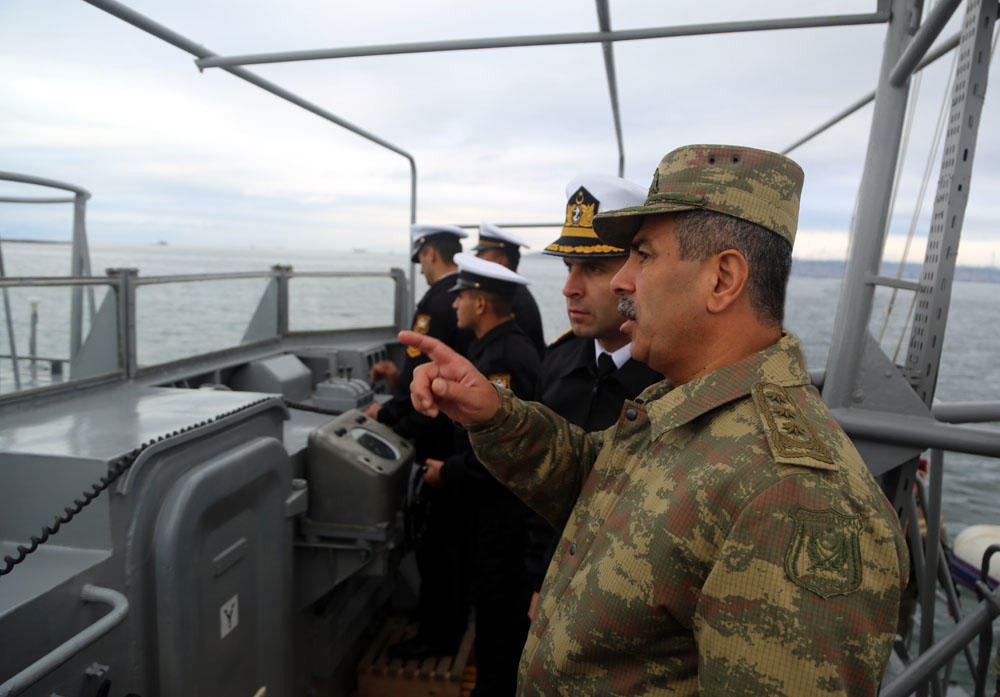 The next stage of the Military Command-Staff Military Games, continuing on the scale of the Armed Forces, was conducted in the Naval Forces of Azerbaijan.

Axar.az informs citing Ministry of Defence of Azerbaijan that the leadership of the Ministry of Defense observed the maneuvers of forces and means performing the exercise tasks at the sea range, as well as combat firing from the command control center.

According to the scenario, exercise tasks were carried out to plan the operations of a group of ships of the Naval Forces to protect energy infrastructures in the territorial waters of Azerbaijan in the Caspian Sea. A live-fire operation supported by the aviation was also conducted to neutralize the terrorist-sabotage group of the simulated enemy and to destroy its temporary base.

The targets of the simulated enemy were destroyed and all the tasks were successfully accomplished during the exercises conducted with the involvement of military personnel of Special Forces, warships, boats and helicopters.

Minister of Defense Colonel General Zakir Hasanov highly appreciated the combativeness, practical actions and the level of moral and psychological readiness of the units.