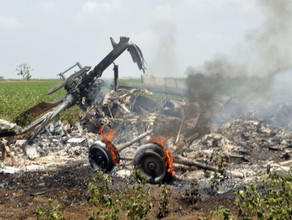 26 years have passed since Armenia shot down a MI-8 helicopter near the Garakend village of Khodjavand District on November 20, 1991.

Below are the names of the victims killed in the Mi-8 helicopter crash that took place on November 20, 1991: