The level of combat readiness was checked 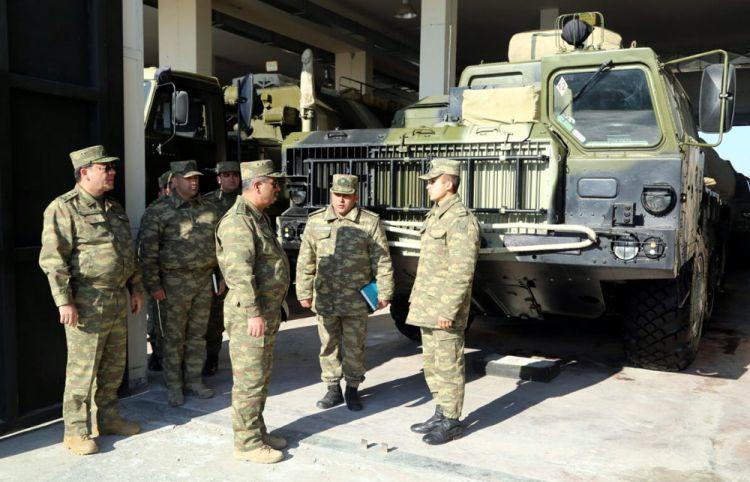 According to the instruction of the President of the Republic of Azerbaijan, Supreme Commander-in-Chief Ilham Aliyev, the Minister of Defense Colonel General Zakir Hasanov and the leadership of the ministry have inspected the combat readiness of the rocket and artillery units deployed in the frontline zone.

Axar.az reports citing MoD that the artillery systems, delivered for storage of various military formations, as well as echeloned ammunition and other technical assets have been reviewed and inspected.

The Minister of Defense assigned the relevant tasks to the command in connection with raising the level of combat readiness of rocket and artillery troops and the effective use of military equipment.