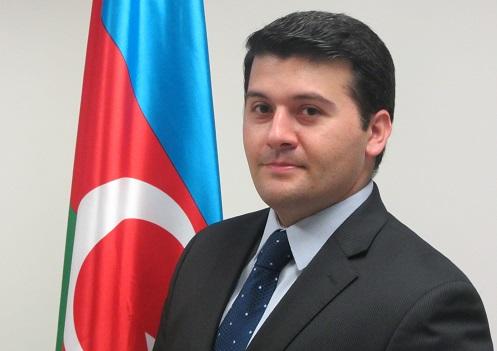 Axar.az informs citing the Azerbaijan's Consulate General in Los Angeles, Consul General of Azerbaijan Nasimi Aghayev has assumed his duties as the Dean of the Los Angeles Consular Corps on November 29, 2017.

Consisting of 66 Consuls General and 39 Honorary Consuls of 105 countries accredited in Los Angeles, LACC is the second largest Consular Corps in the world after New York.

Consul General Nasimi Aghayev addressed a letter to the Consuls General and Honorary Consuls accredited in Los Angeles on November 29, expressing his hope for the support and close cooperation of all members of the Consular Corps to further enhance the relevance of the LACC in Los Angeles and strengthen the existing cooperation with City, County, State and Federal agencies and institutions.

Nasimi Aghayev was appointed the Consul General of the Republic of Azerbaijan to Los Angeles by President Ilham Aliyev in 2012. Established in 2005, the Consulate General covers California, as well as 12 other Western States of the US.