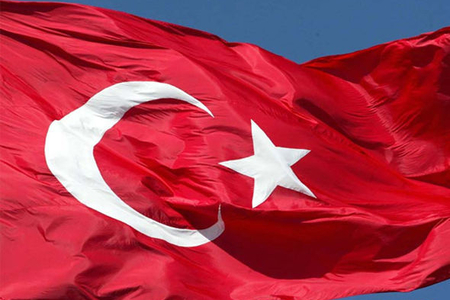 Turkish authorities have banned gatherings and events for New Year celebrations in Istanbul’s key districts as security is tightened in the country’s largest city ahead of the anniversary of a terror attack on a nightclub.

Officials and local media said Thursday that public New Year’s Eve celebrations were either banned or canceled in the central Istanbul districts of Beyoglu, Sisli, and Besiktas over security concerns.

“New Year (security) measures will be at the highest level. There won’t be any celebrations ... Gatherings will not be allowed,” Ismail Kilic, the police chief in Beyoglu, told Haberturk newspaper.

A four-day event due to start on Thursday was canceled by Sisli municipality over a request by the local governor. Haberturk said a request to stage an event in Besiktas was also rejected by the council of the neighborhood.

Security is also tight in Taksim Square, a key location for New Year celebrations in Istanbul. The area was an initial target for an attacker who shot dead with his assault rifle 39 people, including visitors from several Arab nations, India and Canada, at the Reina nightclub, on New Year’s Eve a year ago.

İSİS, a Takfiri group now on its last legs in Iraq and Syria, claimed the attack.

Kurdish militants have also carried out several high-profile assaults across Turkey over the past years.

Reports said six foreign nationals were detained in Istanbul on Wednesday over links to İSİS and tip-offs that they had been planning attacks. A total of 38 people, some of the Syrian citizens, were also arrested in the northwestern province of Bursa on Thursday.

Istanbul governor Vasip Sahin said that 37,000 police officers and some 4,000 gendarmes, more than double the routing number, would be on duty in the city and rural areas around it to ensure security during New Year celebrations.

“Virtually all our teams will be on duty. We will take all possible measures in Istanbul so that our citizens can mark New Year happily in peace,” said Sahin.