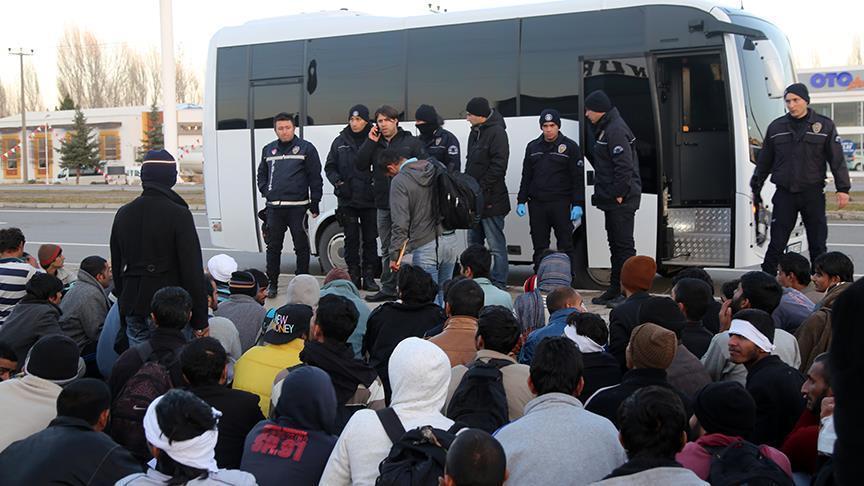 A total of 215 undocumented migrants were held across Turkey on Tuesday, according to gendarmerie and police sources.

Gendarmes detained 159 undocumented migrants in western Izmir province alone, a gendarmerie source, who spoke on condition of anonymity due to restrictions on talking to the media, said.

The migrants, including Africans, Syrians, and Yemenis were held along the coastline as they were making preparation to reach Greece using an illegal route.

A suspect was also arrested for human trafficking, the source added.

In southern Hatay's Kirikhan district, police held 29 undocumented Syrians during a raid on a house, a police source said.

The owner of the house was arrested, the source, who spoke on condition of anonymity due to restrictions on talking to the media, said.

The source said more than 4 kilograms (9 pounds) of cannabis was also found on two of the migrants.

A court in Erzurum also remanded in custody four Iranians for human trafficking.

The source added the migrants were found in two taxis that were stopped by police; the taxi drivers were arrested.