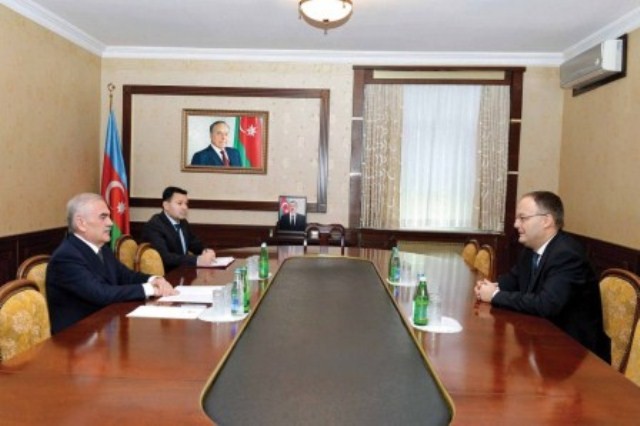 The chairman of the Supreme Assembly hailed the role of the Ambassador in developing relations between Azerbaijan's Nakhchivan Autonomous Republic and Romania.

The Romanian Ambassador emphasized the relations between the two countries, and praised the socio-economic development of Nakhchivan.

The sides also discussed the current state and prospects of relations between Azerbaijan's Nakhchivan Autonomous Republic and Romania.