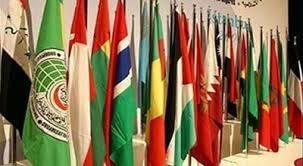 The Organization of Islamic Cooperation (OIC) on Saturday condemned Israel’s approval of the construction of 2,070 settlement homes in the occupied West Bank.

“The continuation of the illegitimate settlement policy represents a blatant violation of international law,” OIC Secretary General Yousef al-Othaimeen said in a statement.

He said the Israeli settlement building “was a challenge to the international community and relevant UN resolutions”.

He went on to call on international stakeholders to “shoulder their responsibility toward enforcing UN resolutions and bringing Israel to accountability over its continuing assaults and violations of Palestinian rights”.

Roughly 600,000 Israelis currently live in more than 100 Jewish-only settlements built throughout the West Bank and East Jerusalem since Israel occupied the territories in 1967.

The Palestinians want these areas, along with the Gaza Strip, for a future state of Palestine.

International law views the West Bank and East Jerusalem as "occupied territories" and considers all Jewish settlement-building activity on the land illegal.