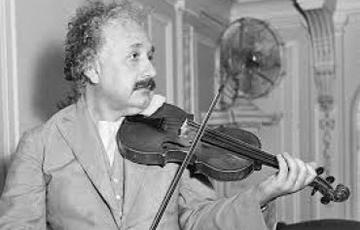 According to Ze’ev Rosenkranz, assistant director of the Einstein Papers Project at the California Institute of Technology, who edited and translated The Travel Diaries of Albert Einstein, excerpts from the world-renowned theoretical physicist’s private notes contain “quite a few racist and dehumanizing comments.”

Einstein, who spoke out against racism, denouncing “separation of colored people from white people in the United States” as a “disease of white people” in a 1946 commencement speech at Lincoln University, appeared to have strongly disliked the Chinese during his trip to Asia in the 1920s. In his freshly published private diaries, the humanitarian described the nation as “industrious, filthy, obtuse people.”

“Chinese don’t sit on benches while eating but squat like Europeans do when they relieve themselves out in the leafy woods. All this occurs quietly and demurely. Even the children are spiritless and look obtuse,” Einstein wrote.

Bringing up the issue of the “abundance of offspring” and the “fecundity” of the nation, Einstein went on to say that “it would be a pity if these Chinese supplant all other races. For the likes of us the mere thought is unspeakably dreary.”

Ze’ev Rosenkranz edited and translated The Travel Diaries of Albert Einstein, which had previously been published only in German as part of the 15-volume Collected Papers of the scientist.

“I think a lot of comments strike us as pretty unpleasant – what he says about the Chinese in particular. They’re kind of in contrast to the public image of the great humanitarian icon. I think it’s quite a shock to read those and contrast them with his more public statements. They’re more off guard, he didn’t intend them for publication,” Rosenkranz said.
As he visited Ceylon [now known as Sri Lanka], Einstein wrote that residents of the capital city, Colombo, “live in great filth and considerable stench at ground level,” alleging that they “do little, and need little. The simple economic cycle of life.”
Unlike the Chinese he met, Einstein perceived the Japanese more positively, describing them as “unostentatious, decent, altogether very appealing.”

“Pure souls as nowhere else among people. One has to love and admire this country,” he wrote, but Rosenkranz emphasized that the physicist, at the same time, concluded, asking rhetorically, the “intellectual needs of this nation seem to be weaker than their artistic ones – natural disposition?”

According to the editor, Einstein made “quite a few racist and dehumanizing comments” in his diary.

“Einstein’s diary entries on the biological origin of the alleged intellectual inferiority of the Japanese, Chinese, and Indians are definitely not understated and can be viewed as racist – in these instances, other peoples are portrayed as being biologically inferior, a clear hallmark of racism. The disquieting comment that the Chinese may ‘supplant all other races’ is also most revealing in this regard,” Rosenkranz stated.

Rosenkranz believes it is important to explore how such a humanitarian icon as Einstein could have written xenophobic things about the peoples he met during his travels.

“The answer to this question seems very relevant in today’s world, in which the hatred of the other is so rampant in so many places around the world. It seems that even Einstein sometimes had a very hard time recognizing himself in the face of the other,” Rosenkranz wrote.

According to a spokesperson for Princeton University, this is the first time that the physicist’s travel diary will be made available to “anyone who isn’t a serious Einstein scholar.”