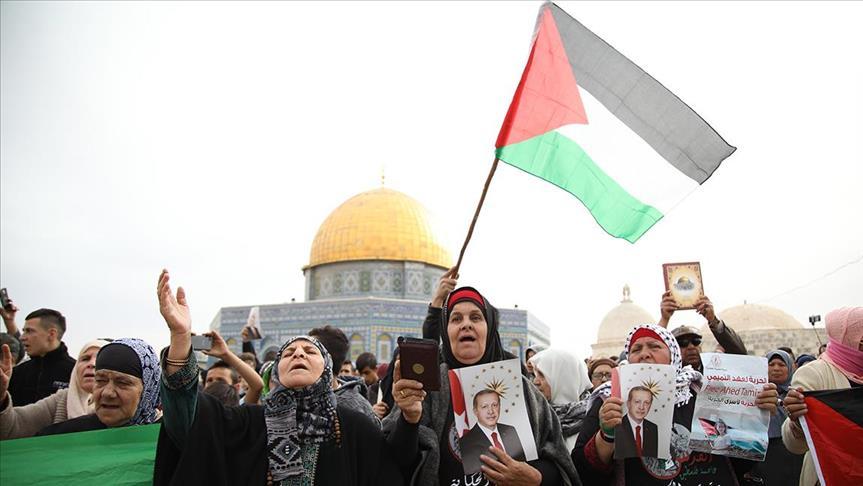 In a sermon marking the Muslim Eid al-Fitr holiday on Friday, Mufti of Lebanon Sheikh Abdulatif Darnyan praised Palestinians who prayed at Jerusalem’s Al-Aqsa Mosque during Ramadan -- which ended Thursday -- despite Israeli threats and intimidation.

Speaking at downtown Beirut’s Mohammad al-Amin Mosque, he said: “And it’s not just the Palestinians who have faced abuse and displacement.”

Darnyan went on to cite UN figures indicating that as many as 920,000 people had been forced to flee their homes due to years of violence in neighboring Syria.

According to Lebanese estimates, some 1.5 million Syrians have entered Lebanon seeking refuge -- where they continue to face difficult living conditions -- since the conflict began in 2011.

The UN High Commissioner for Refugees (UNHCR), however, puts the number of registered Syrian refugees in Lebanon at less than one million.

Lebanese Foreign Minister Gebran Bassil said Wednesday that his country was demanding the safe -- and non-compulsory -- return of Syrian refugees to their home country.

Last week, a dispute between Beirut and the UN appeared to emerge when Lebanon’s Foreign Ministry announced the suspension of the residency-application process at the UNHCR’s Beirut office.

The ministry accused the UN of “intimidating” refugees into returning to Syria by asking them questions related to their military service, current security situation and the living conditions they faced.

On Tuesday, the UNHCR called on the ministry to reverse its decision regarding the suspension of the residency-application process.