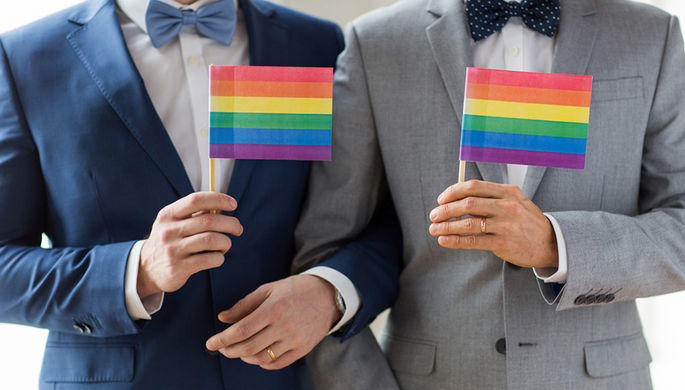 About 3,500 people took part in the Equality March organized by activists of the LGBT community in central Kiev on Sunday, Deputy Interior Minister Sergei Yarovoy said.

"According to our information, 3,500 participants of Kiev’s gay pride took part, and 2,500 police officers ensured law and order directly during the rally," he said, adding that all in all, 5,000 law enforcement officers were deployed across the city.

The chief of the Kiev National Police’s head department, Andrei Krishchenko, said that generally the march had proceeded peacefully with the exception of a scuffle in which more than 50 people were hauled off. He said five police officers were injured in the clash, adding that there has been no information as of yet about injuries among participants in the march.

Krishchenko said almost all people hauled in to police stations were released after protocols on offenses had been drawn up.

Earlier, radical activists threatened to disrupt the rally. On June 16, Radical Party parliamentarian Igor Mosiychuk appealed to Kiev’s country administrative court to ban the Equality March. Earlier, European parliamentarians had urged the Ukrainian authorities to not only back the march, but to participate. Last year’s Equality March in Kiev brought together about 2,500 people.

Meanwhile, Metropolitan Onufriy, the head of the Ukrainian Orthodox Church (Moscow Patriarchate), has spoken against the Equality March. A prayer service for Christian family values and peace for Ukraine is due at the memorial cross in Kiev’s Mariinsky Park in the afternoon.

The march was held under strict international control, with dozens of employees from the US and Canadian embassies taking part, as well as representatives from other western countries.

Prior to the march, Kiev police hauled off 56 far-right protesters seeking to block off the route of the march. Attempts to obstruct the rally were also made during the event itself, but police interfered.