Grigoryan participated in Khojaly genocide and other war crimes 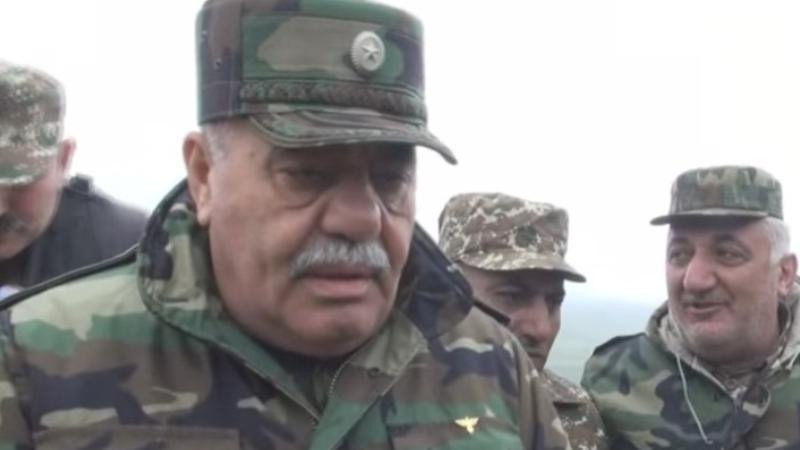 Armenia’s former deputy defense minister, national hero Manvel Grigoryan participated in numerous war crimes, such as the Khojaly genocide, looting of property of Azerbaijani residents during the occupation of Fuzuli and Jabrayil districts of Azerbaijan, torture and mass killing of prisoners of war as well as hostage-taking, Hikmat Hajiyev, spokesman for the Azerbaijani Ministry of Foreign Affairs told Axar.az on Monday.

“In his interview to RFE/RL's Armenian Service in November 2014, Manvel Grigoryan proudly stated that he returned from the Karabkah war with hundreds of Azerbaijani hostages and even forced them to labor in his home. Grigoryan, who was even criticized by Armenian human rights for his confessions and were accused of violating the Geneva conventions, in his statements contemptuously noted that he does not recognize the Geneva conventions and he is proud of being an Armenian,” Hajiyev said.

The foreign ministry spokesman noted that this person, who is Armenia’s national hero, continued to serve as member of the Republican Party of Armenia after such statements.

Hajiyev went on to say that the new Armenian government, stressing the importance of democracy and human rights, should prove its essence right now.

“Unfortunately, the criminal case initiated against Manvel Grigoryan is limited only to economic crimes he committed in Armenia. The war crimes perpetrated by Grigoryan, the fate of hundreds of Azerbaijani hostages and prisoners of war and the illegal actions committed against them should be investigated as an integral part of the criminal case. We hope that international organizations for the protection of human rights, including the Council of Europe, will show activity in this matter,” the spokesman concluded.

Manvel Grigoryan was detained several days ago on charges of illegally storing weapons and ammunition in his summer house. The statement released by Armenia’s National Security Service said that MP Grigoryan is accused of appropriating aid sent to Armenian soldiers the April 2016 battles.