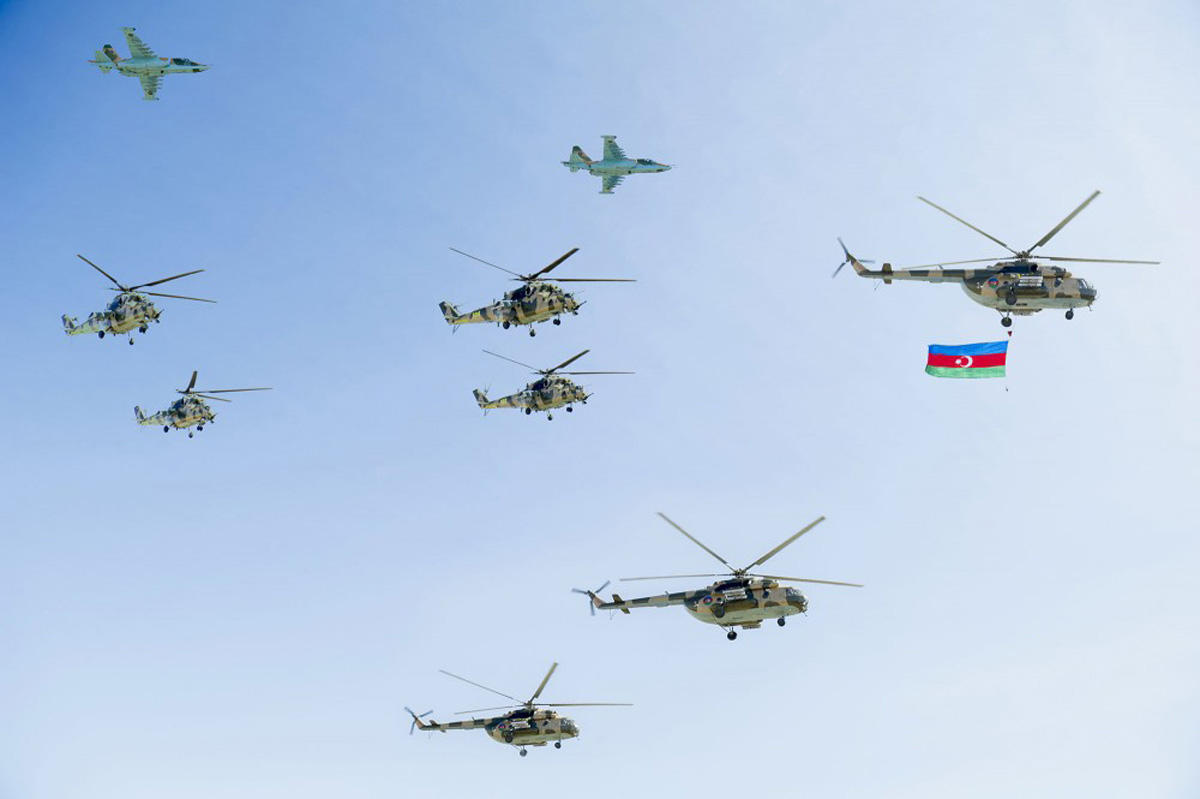 Aircraft and helicopters of the Azerbaijani Air Force continued carrying out flights over Baku on Wednesday morning in preparation for the military parade.

The parade will be held on the Azadliq Square in Baku on June 26 on the occasion of the centenaries of the Azerbaijan Democratic Republic and the Azerbaijani Armed Forces.