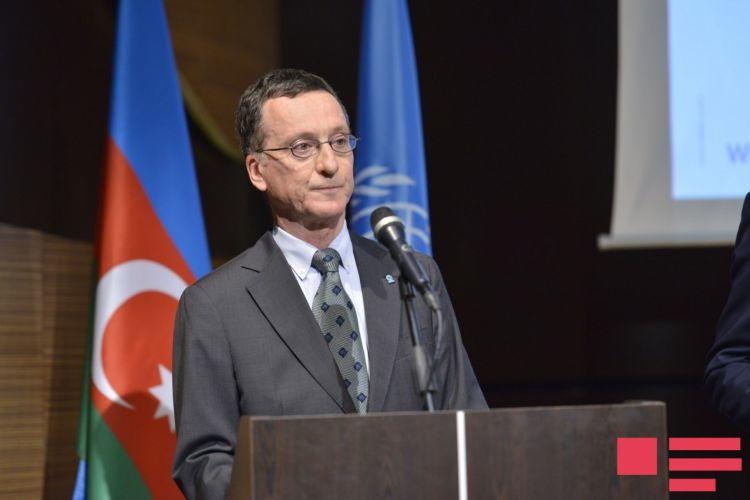 June 20 is the day the world expresses solidarity with refugees, and this year the number of refugees worldwide reached a record high, Furio De Angelis, Head of the UN High Commissioner for Refugees (UNHCR) Baku Office, said at an event dedicated to the World Refugee Day, APA reports.

He said that the number of refugees this year has increased by 2.9 million to reach 68.5 million.

"The number of refugees who left their countries to escape conflict and persecution is 25.4 million, and most of them are teenagers under 18. In total, 40 million people have been displaced within their own countries, including Azerbaijani IDPs,” he added.

Angelis noted that Azerbaijan understands what pains of conflicts feel like.

"I congratulate the Azerbaijani government on the return to Jojug Marjanli and I hope that this return is a sign of a great return,” he said.

The UN representative went on to say that Azerbaijan is a country that can provide shelter for refugees, and praised the cooperation offered by Baku in providing refugee protection and welfare.