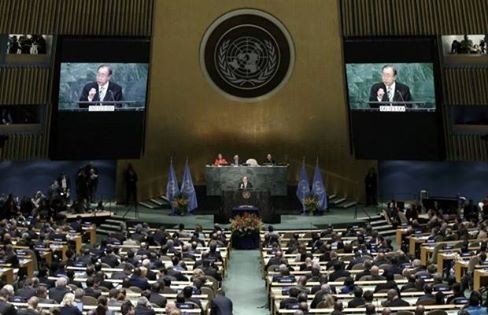 The signing ceremony of Paris Agreement under the United Nations Framework Convention on Climate Change (UNFCCC) was held at United Nations Headquarters in New York on 22 April 2016.

According to the Ministry of Ecology and Natural Resources, 171 countries have signed the agreement.

Azerbaijan was represented by the Minister of Ecology and Natural Resources Huseyn Bagirov.


The UNFCCC Paris Agreement was adopted at the 21st conference of member countries on December 12, 2015.