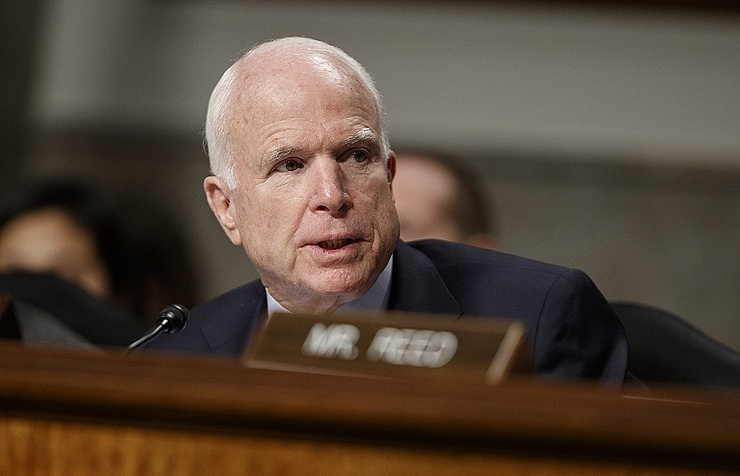 There had been a lot of bad blood between late Republican Senator John McCain and US President Donald Trump. The latter refused to call McCain a hero because he was captured in Vietnam, while McCain helped organize opposition against some of Trump's crucial initiatives, such as scrapping Obamacare.

Cindy McCain, wife of late Senator John McCain, was caught by a TMZ reporter at the airport, who asked her about the words of Senator Lindsey Graham, who alleged that her husband and US President Donald Trump could have mended their relations if they had spent more time together. McCain's words came as a cold shower, as she diplomatically noted that such scenario was unlikely to happen.

"I know my husband is at peace for what he did and for how he felt," she said.

Senator Lindsey Graham said in an interview with the AP on September 13 that he regrets that McCain and Trump didn't have more time together. He noted that if the late Republican senator was able to forgive Vietnamese who captured him during the war, "who knows what would have happened over time [between him and Trump]."

Donald Trump and John McCain were not on good terms with each other. The US president was not invited to senator's funeral, as per the request by McCain himself.

Trump refused to recognize McCain as a "war hero" during an interview in 2016, motivating it by the fact that the senator had been captured during the Vietnam War. McCain, for his part, opposed some of Trump's bills, including a crucial bill to drop Obamacare.