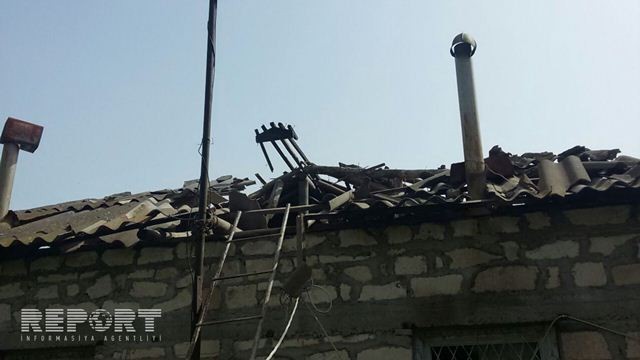 In this regard, the spokesman of Defense Ministry Vagif Dargahli said that, as result of artillery strikes, 20 houses suffered damage in the region.

Chief of Tartar District Executive Power Mustagim Mammadov approved that, a result of the destruction of the Armenians, 20 private houses have suffered in the Tartar.

According to him, “Armenians violated ceasefire again and fired frontline settlements of the region. As a result, serious damage caused to the gas, electricity and communication lines of the region, 8 of 20 shelled houses fell into disrepair.”

M.Mammadov said that at present, Tartar District Commission for Emergency Situations carries out investigation in regard with the damage.