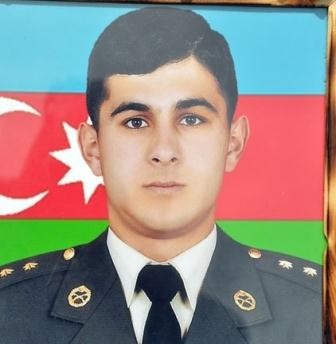 
The 26-year-old office was martyred while preventing enemy’s sabotage attempts in Tartar.


He was buried in Khalaj village of Salyan district on April 5.