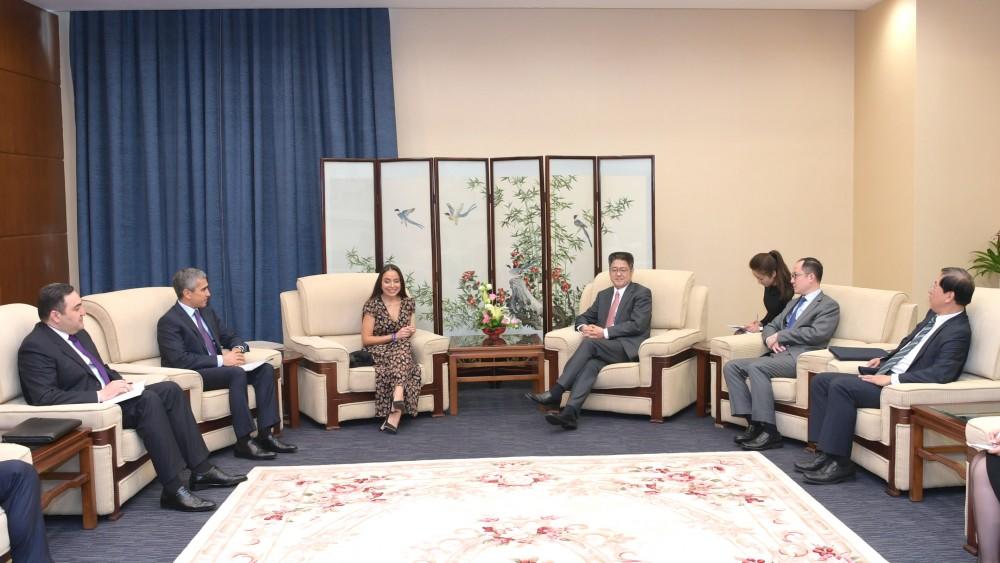 Axar.az informs that, noting that relations between the two countries are successfully developing in all areas, Le Yucheng said that China will continue its efforts to deepen cooperation with Azerbaijan even further. He underlined that Azerbaijan boasts unique cultural heritage and added that various events highlighting Azerbaijan`s culture have been held in China in recent years. The Chinese vice minister stressed that such events make significant contributions to deepening friendly ties between the two nations.

Le Yucheng hailed Azerbaijan`s active participation in the Conference on Dialogue of Asian Civilizations in Beijing and the events organized on the sidelines of the conference.

Vice-President of the Heydar Aliyev Foundation Leyla Aliyeva said that the deepening of cooperation between the two countries in a variety of fields contributes to developing the two nations` friendly relations, which date back to the ancient Silk Way.

Recalling Azerbaijani President Ilham Aliyev`s participation in the second "One Belt One Road" International Cooperation Forum in Beijing last month, Leyla Aliyeva noted that Azerbaijan is one of the first countries to support this initiative of China, and also tries to deepen economic, humanitarian and cultural cooperation under this project.