The speaker met with our national hero in Kiev - Photo 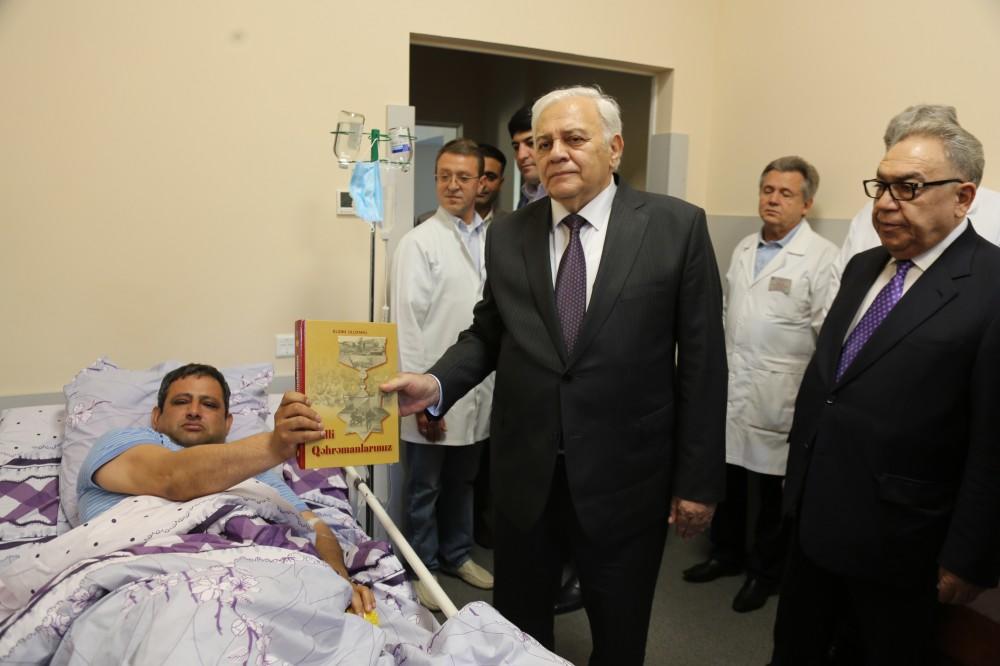 Speaker of the Parliament Ogtay Asadov has arrived in Kiev, the capital of Ukraine.

Axar.az informs that, Ogtay Asadov remembered his dear memory by setting flowers at the national leader Heydar Aliyev park in front of the statue of Great Leader.

Then Azerbaijani Ambassador to Ukraine Azer Khudiyev informed the speaker about the park. The chairman of the Milli Majlis has come to the Institute of Neurosurgery named after A.P.Romodanova, who has been treated by National Hero Zabit Guliyev, who suffered a stroke in the city of Kiev.

President Ilham Aliyev's greetings speaker noted that his direct treatment and control of the Azerbaijani President is under his control.

Our state will not be able to help until the treatment ends.

Z. Guliyev expressed his gratitude to President Ilham Aliyev for his attention and care. T

hen the speaker presented a book about our national heroes. The head of the Milli Mejlis's Office Safa Mirzayev and Azerbaijani Ambassador to Ukraine Azer Khudiyev observed O. Asadov's meetings.