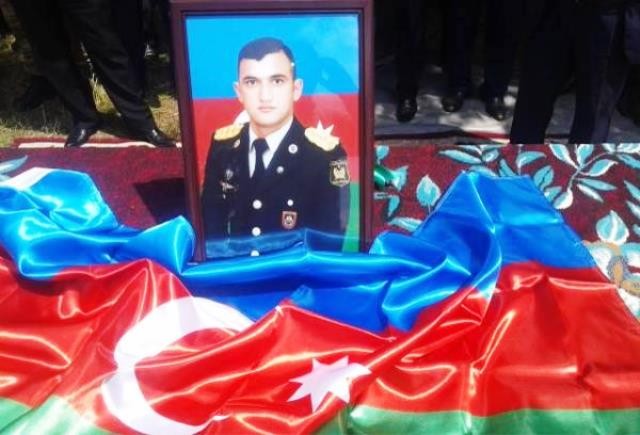 The Captain ranking Azerbaijani officer, who was wounded during the April fights passed away on May 8. The martyr was buried in the Gobektala village of Azerbaijan’s Imishli region.

The representatives of the Imishli region executive authority, residents of the village, soldiers and officers of the military unit attended the funeral ceremony of the martyred officer.

The martyr was laid to rest in the Gobektala village cemetery.