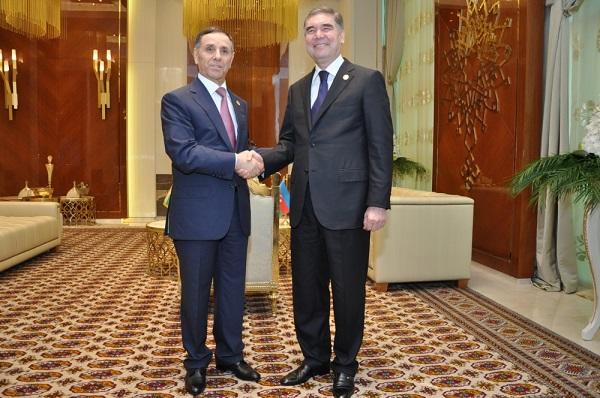 Axar.az informs that, during the meeting it was noted that the official visit of the President of the Republic of Azerbaijan Ilham Aliyev to Turkmenistan in November of last year, the talks and signed documents played an important role in the expansion of relations between the two countries.

President Gurbanguly Berdimuhamedov said they were interested in developing long-term partnerships with Azerbaijan in line with centuries-old traditions of friendship and good neighborliness.

The sides exchanged views on the current state and prospects of the Turkmen-Azerbaijani dialogue. During the meeting, it was noted that Azerbaijan and Turkmenistan, neighbors in the Caspian region, are strategic partners in the search for solutions to current problems of the modern world.