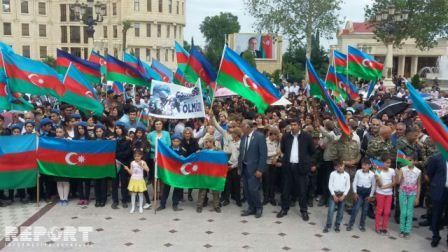 Sabuhi Musayev's Medal of "Courage", who has martyred in the battles at contact line between Armenian and Azerbaijani troops was given to his 6-year-old son, Farid Musayev.

On this occasion the event was held in Barda region which was attended by Barda District Executive Power Vidadi Isayev and officials of Azerbaijani Defense Ministry.

Moreover, Medal of "Distinction in military service" 3rd grade presented to the Niyazi Hasanov, father of senior lieutenant Ziya Hasanov, who was killed during the liberation of "Leletepe" height.