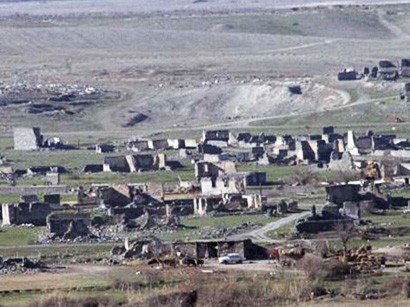 He made the remarks on May13 in Baku during the hearings in the Azerbaijani parliament on the "Recent developments along the line of contact: Problems of the international humanitarian law."

Ahmadov noted that during the inspection of the dead bodies of servicemen handed over to the Azerbaijani side, it was revealed that those bodies were desecrated.

A criminal case has been initiated upon the fact in Terter District Prosecutor's Office and an investigation is underway, he added.

"Moreover, the Eskipara village of Azerbaijan's Terter district was subjected to shelling on April 26-28. An artillery shell was found on a cotton field in the village," said Ahmadov. "It was revealed that it is a poisonous 122-mm artillery shell."

An investigation on the criminal cases continues, he added.