"Azerbaijan should make an appeal to IAEA" 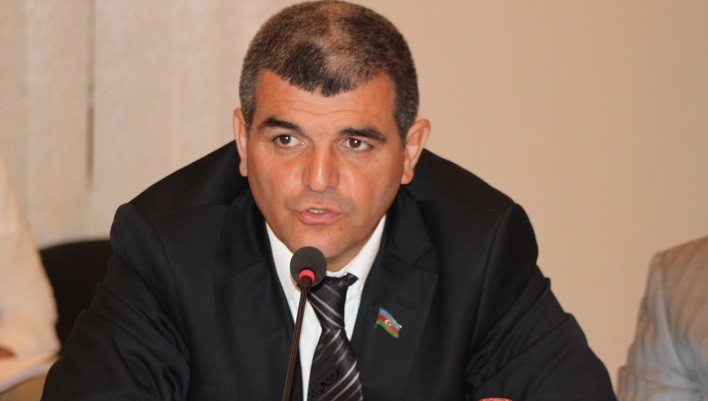 Fazil Mustafa welcomed the campaign to collect signatures on a petition “Stop Metsamor.”

Member of the Committee on Security and Defence issues of the Parliament, Zahid Oruj said that the Metsamor NPP was built in Soviet period: "One can understand the usage of such a dangerous plant on the outskirts of a huge totalitarian state. But Armenia after independence began to use Metsamor NPP as a weapon. It is clear that Armenia does not have oil and gas, and therefore it needs alternative energy sources. But there are two important points. Firstly, the service life of these structures built in the Soviet era is over. Secondly, Metsamor located in a seismic area. This nuclear power plant like an underground bomb, at any time, this threat can be actualized. In 1986, the leak, which occurred in the Chernobyl nuclear power plant, ruined a large area. Metsamor nuclear power plant can lead to a similar tragedy in Armenia. "

Zahid Oruj said that in April, during an unsuccessful 4-day war for Armenia, Prime Minister of this country and some politicians started talking about the possibility of using nuclear radioactive wastes, "Apparently, the intention of Armenia is not connected with the need for energy. In any case, Armenia receives almost 75 per cent of electrical energy from Russia, and the natural gas needs are met by Russia and Iran. Under these circumstances, Armenia has made the issue of Metsamor NPP as the trade item in Europe. The EU has offered 100 million euros to find other ways of energy supply. But Armenia did not accept this proposal. Armenia during Robert Kocharian's presidency for the suspension of the use of Metsamor NPP demanded $ 1 billion. As if the Metsamor nuclear power plant was on an auction. "

According to the parliamentarian, though the Metsamor nuclear power plant is not a nuclear weapon, it is rich in nuclear elements: "In Georgia, several members of the gang of Armenian nationality were detained for smuggling of radioactive substances. It revealed the smuggling and transit of radioactive material on the “black market” from the Metsamor Nuclear Power Plant, which government circles of Armenia are engaged in. Azerbaijan has repeatedly raised the issue of the Metsamor NPP. In particular, the President of Azerbaijan at the nuclear summit, in which he has participated four times, paid great attention to this issue. He informed that the plant is a major threat to the region. Unfortunately, no progress has been achieved in this regard. From this perspective, the campaign to collect signatures on a petition demanding the closure of the Metsamor nuclear power plant is very important. However, we must clearly admit that despite the fact that in the current period, Azerbaijan shows real initiative in the region, neither Iran nor Turkey nor Russia take any attempt to close the Metsamor NPP. Along with Azerbaijan, there is a need for the initiative by Iran, Turkey and Russia in connection with the closing of the Metsamor nuclear power plant. In fact the existence of the plant is a threat not only to Azerbaijan. "