Italy offers $770 a month to people to move there 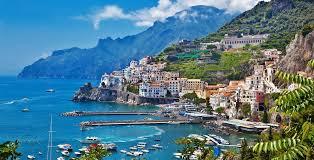 A region in southern Italy that has lost the most inhabitants in the country in the last five years is offering people approximately $770 a month for three years to move there, according to reports.

Axar.az reports citing Fox News that more than 9,000 people have left Molise, a small predominantly mountainous region, since 2014, leaving the population at around 305,000. Not a single birth was registered in nine of its towns last year.

The requirements for accepting the money include moving to a village in the region with fewer than 2,000 residents and a pledge to open a business — any kind of business as long as the investment goes back into the village.

“If we had offered to fund, it would have been yet another charity gesture,” Donato Toma, the president of Molise said, adding: “It’s a way to breathe life into our towns while also increasing the population.”